Things aren't always how they SOUND

August 11, 2021
by BC Parks Foundation in Wildlife Forever 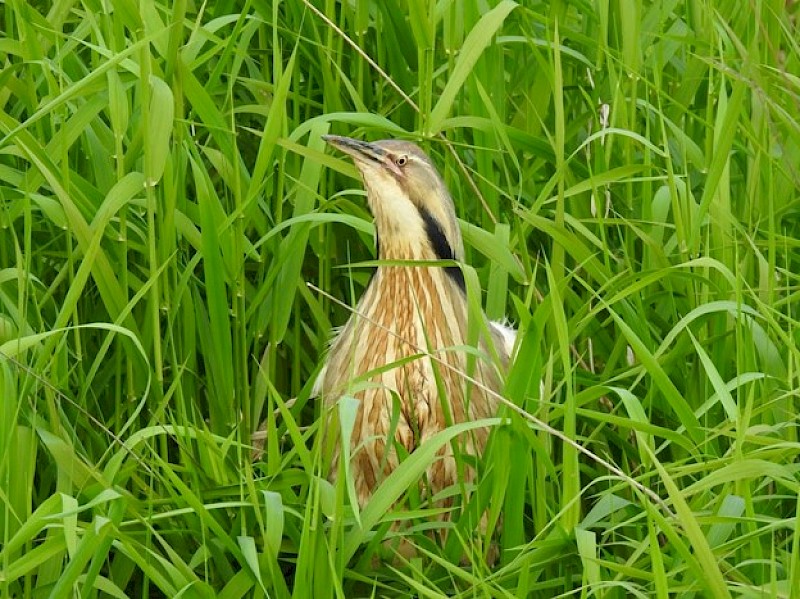 As a Discover Parks Ambassador working for the BC Parks Foundation, I spend my weekends in our beautiful BC Provincial Parks. It’s great being outdoors and I get excited when I can point out local wildlife to interested visitors. I have always been an admirer of animals. I’ve had them as pets, obsessively read many encyclopedia entries about them, watched a plethora of documentaries, and recently have been photographing them.

Fellow bird watchers: When was the last time you heard the unfamiliar call of a bird? Did you get the same burning desire that I get, to learn its identity and get a glimpse of it? Being an amateur bird photographer, I experience that feeling quite often.

Funnily enough, one such intriguing call did not elicit that reaction. Why, you wonder? Well, I didn’t think the sound was anything a living organism would produce. Here, have a listen.

My initial thoughts were that there was some malfunctioning watering equipment nearby within Colony Farm Park but then I found the critter responsible. Here it is: 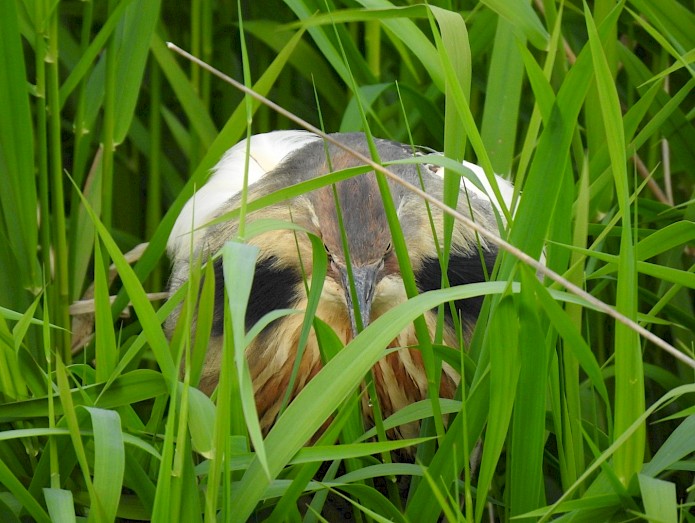 So, what is that? As a Discover Parks Ambassador, I have been promoting iNaturalist, which can take any photo of a living organism and tell you what it may be. It has a sophisticated algorithm that produces impressively correct identifications.

American Bittern is the common name of this weird bird. Botaurus lentiginosus is its fancy Latin name. This impressive bird lives in one of the Parks I work at, Golden Ears Provincial Park. Knowing this, I started looking past the name and into habitat and biology.

The dripping stalactite sound (as a friend had described it) is made by inflating the esophagus with air then unleashing the stored air with sharp head bobs. I was sad to see that the American Bittern is blue listed on BC's Provincial list of species at risk due to habitat loss. It lives mainly in large marshes and wetlands: structures that are often filled in due to human development. Its diet consists of a variety of organisms such as insects, amphibians, crayfish, crabs, garter snakes, small fish, and rodents. Vole seems to be a favorite.

Interestingly the different shades of brown stripes along its neck help with camouflage. When it senses danger, it stretches its long neck, points its beak to the sky, and prays it looks like the reeds it lives amongst. I think it does a wonderful job of that when it's in the middle of a thicket of brown reeds.

If you find yourself visiting Golden Ears during the summer and you come across this wonderful bird, be sure to share your encounter with us orange-shirted Discover Park Ambassadors. Maybe with enough awareness we can make sure this bird stays around in BC for future generations to spot and marvel at.

BC's parks are places of astounding natural beauty that anchor our hearts and our souls.