How Did Wildlife Fare During COVID?

September 14, 2022
by BC Parks Foundation in Wildlife Forever 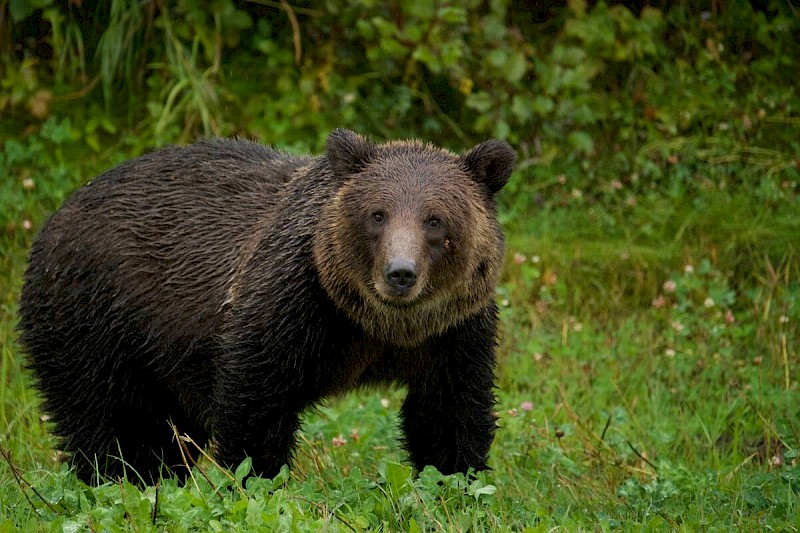 How Did Human Activity During COVID Lockdowns Impact Wildlife?

New research using camera traps examines the impacts of human activities on wildlife before, during and after COVID-19 lockdowns

Newly published research from co-authors of UBC and WWF-US sought to answer this question by examining the effects of human activities on wildlife habitat use and movement within protected areas, while also promoting the use of camera traps for wildlife monitoring. 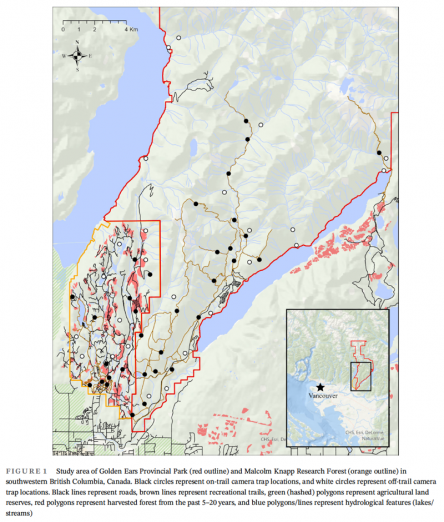 The study was undertaken in Golden Ears Provincial Park and the contiguous Malcolm Knapp Research Forest area. Researchers deployed 58 camera traps across the parks in areas that varied in levels of human use. Cameras were active from March 2019 allowing data to be captured in periods before, during and after COVID-19 lockdowns, gathering over 1 million images over c. 24,000 camera-trap days.

Six mammals were the focus of the study: black bear (Ursus americanus), cougar (Puma concolor), coyote (Canis latrans), bobcat (Lynx rufus), black-tailed deer (Odocoileus hemionus) and snow-shoe hare (Lepus americanus). Their use of habitats and movements within the protected areas were examined in response to differing human activities and levels of human presence.

To do this, researchers categorized four different forms of human activities – i) hiking; ii) mountain biking; iii) horse-back riding and; iv) vehicles. Then they investigated how each focal species responded to each human activity type and level of activity on a weekly basis.

Using species habitat-use models, the study found that bobcats were negatively associated with hikers, while black bears were negatively associated with motorized vehicles. Both these results came as a surprise to researchers. It was predicted bobcats would in fact choose to use areas and times with higher human activity as a way of avoiding larger predators (cougars) who generally avoid humans. Such findings suggest there is a need for further research regarding the impacts of human recreation on bobcat habitat use and conservation needs.

As for black bears, prior research has noted the negative impact of roads on bear habitat use, though this was particularly for grizzly bears (Ursus arctos horribilis). However, most research to date has not focused on the disturbance caused by the presence of motorized vehicles themselves but rather the mere existence of roads. The novel finding of this study indicates a need to further examine the impact of motorized vehicles on black bear behavior. 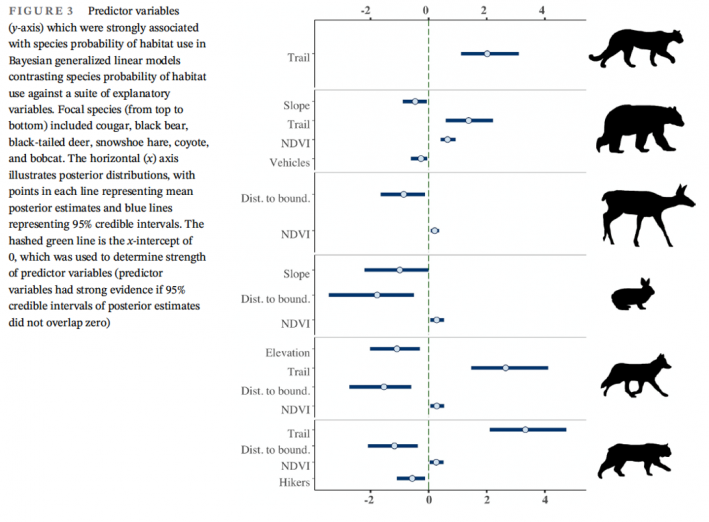 Cougars were detected at a greater rate across the study area during COVID lockdown events when human activity ceased (‘Anthropause’), while black-tailed deer detections increased after closures in protected areas when human activity began to resume, findings that compliment previous research that show cougars generally avoid places and times of human activity.

Authors also investigated the effect of distance from urban-wildlife boundaries (those periphery regions of PAs adjoining urban areas) and found that both prey (black-tailed deer and snow-shoe hare) and meso-carnivore species (coyote and bobcat) were more likely to use habitat within these areas. These findings may indicate that these species are using these areas of higher human presence as a ‘shield’ from larger carnivores (cougars and black bears). While cougars and black bears are known to move through urban areas both species face higher mortality risks in urban regions through human-wildlife conflict incidence which may then create a ‘shield’ for prey and meso-carnivores in the same areas.

This study has provided novel and invaluable insights for human-wildlife coexistence and considerations in regards to conservation and management of protected areas. Access to and use of protected areas and ‘green spaces’ is becoming evermore synonymous with human health and wellbeing following the drastic impacts of COVID-19 lockdown measures. However this research highlights the importance of considering species-specific wildlife management efforts when managing increased public access to and recreation within protected areas.  This study also emphasizes the vast opportunities camera traps offer to wildlife and PA managers for research and monitoring purposes.

Procko et al.  (2022) Human impacts on mammals in and around a protected area before, during and after COVID-19 lockdowns. Conservation Science and Practice. doi.org/10.1111/csp2.12743