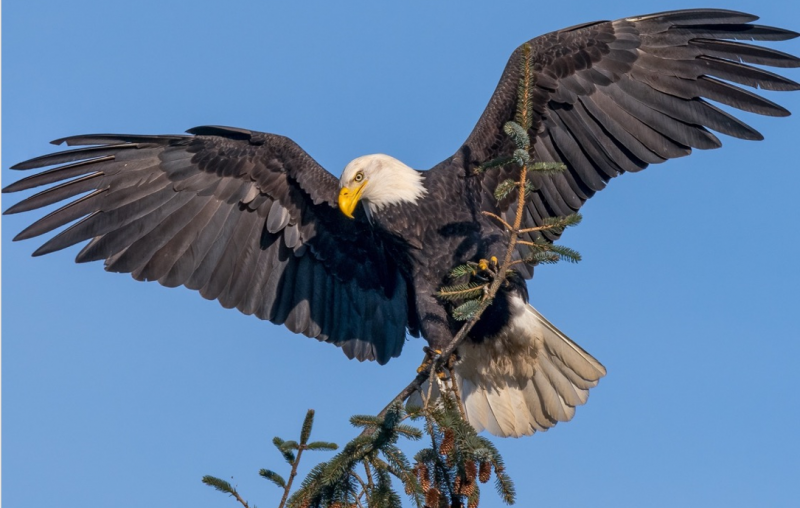 It is official! The land at French Creek has been purchased and leased to the Regional District of Nanaimo to be managed as a Nature Reserve. Thank you to everyone who made this incredible project a reality and for being a part of this wonderful story.

There are still steps to go before anyone can enter the property. This includes developing a management plan so that the eagles and other wildlife won't be disturbed. It also includes removal of an old cabin, a project which has been necessarily delayed. Two pairs of Great Blue herons moved onto the property shortly after we completed fundraising. As they are sensitive to disturbance, we are waiting until September before beginning any work.

Congratulations to everyone involved in this wonderful campaign! This is truly a remarkable moment for the community and for British Columbia as a whole as your generosity has created a sanctuary for thousands of eagles, hopefully one of many sanctuaries along their migratory path. Providing this protected habitat is one key step in the work towards ensuring they thrive well into the future. We are especially grateful to Denise Foster and Save Estuary Land Society; Area G Director Lehann Wallace and the Board and Staff at the Regional District of Nanaimo; Friends of French Creek Conservation Society; French Creek House Ltd.; Mount Arrowsmith Biosphere Regional Research Institute; Environment and Climate Canada; and Age of Union Alliance. And, as always, we are immensely grateful to the many generous donors and groups, like you, who contributed. While there are too many to list, please know that your generosity made the difference, and the legacy of protecting the estuary is yours. #ParksForever

Close your eyes and picture the magnificence of the bald eagle - its sleek and shiny feathers, sharp, penetrating gaze, jaw-dropping talons and impressive 2 metre wing span. They are truly a sight to behold. Their survival relies heavily on having suitable habitat with mature trees for nesting up high and access to a diverse array of food sources. As development continues and the abundance of mature and towering trees drops, there are fewer and fewer places like this where eagles can live, gather, and feed.

Now you can make a difference for this species and this special gathering place. Join the BC Parks Foundation, Nanaimo Regional District, Save Estuary Land Society, Friends of French Creek Conservation Society and Qualicum and Snaw-Naw-As First Nations to create a Nature Reserve for the Bald Eagles and other life in the Estuary.

To realize this goal, we have secured an exclusive agreement to purchase 18 acres of land in the heart of French Creek Estuary, a purchase that would see a total of 23 acres of this productive and ecologically valuable land protected. 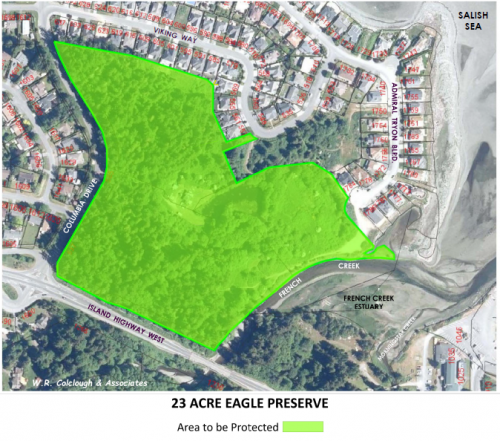 The independently appraised value of the land is $5,180,000. But the incredible generosity of our partners has reduced that significantly. French Creek House, Ltd., the owners, have generously agreed to donate $3,280,000 as part of their commitment to seeing this sanctuary become a reality.

The local Save Estuary Land Society and Friends of French Creek Conservation Society have worked for years to protect it and have raised $200,000 in community donations.

Dax Dasilva and his non-profit Age of Union Alliance have agreed to provide a landmark gift of $1,000,000 in matching funds if the remainder can be raised. The Regional District of Nanaimo has committed $400,000 towards the purchase of estuary lands.

You can help the eagles fly across the finish line into Vancouver Island's first eagle sanctuary.

Our deadline is April 10th to secure the funds. Please consider donating today

Where is French Creek Estuary?

Sitting between Qualicum Beach and Parksville along the east coast of Vancouver Island, there is more biodiversity along this stretch of coastline than anywhere else in BC. Nestled in this area is French Creek Estuary, a haven for eagles and it's not hard to see why. 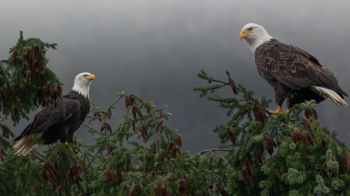 It features mature and towering trees ideal for nesting and perching. Eagles rely on the height of such trees to keep them far above human interference and as an excellent vantage point for watching for prey.

The estuary is also exceedingly productive, bringing with it rich and diverse food sources. No wonder then that French Creek Estuary features six bald eagle nests within a 2km radius of the estuary itself, acting as a central hub for eagle activity. 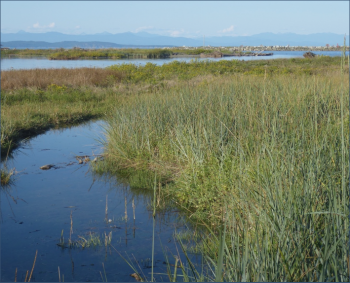 Estuaries are rare, making up only 2.3% of BC's coastline. But they are highly productive and diverse, supporting thousands of species of wildlife that use it for food, shelter and to raise young.

The French Creek Estuary feeds the spectacular Salish Sea. Each year, in the area in front of the estuary, high winds and surging waves dislodge thousands of Gaper clams, tossing them on shore as a feast for hundreds of Bald eages and other wildlife. Eagles also gather here to feed on herring and hake. 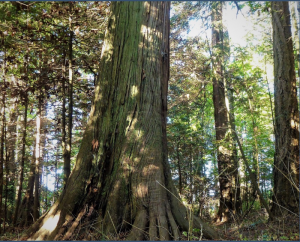 Featuring mature growth, the area is home to iconic western red cedars, some over 150 years old. These are vital for eagles, who need mature older trees buffered from human activity. It is part of a globally endangered coastal douglas fir forest ecosystem and ranked critically imperiled as part of the douglas-fir/dull oregon-grape ecosystem according to the BC Conservation Data Centre.

The Need for Protection is Urgent

Unfortunately, the area has been declared an eco-crisis region and is one of nine most at-risk areas in southern Canada due to development, forestry and other pressures. 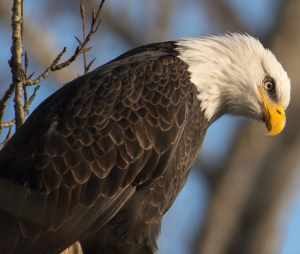 With such incredible ecological value, BC Parks Foundation is committed to working with our supporters and partners to preserve a key part of BC's natural heritage. Local First Nations would also like to see the area protected as an eagle reserve. If we are successful, the Regional District of Nanaimo has committed to working with the BC Parks Foundation to manage this important ecological area as a nature preserve in perpetuity.

Be a part of saving French Creek Estuary by donating today.

Parks contain the magic of life. Pass it on. #ParksForever

Once we complete the purchase of the land, we will issue charitable tax receipts for all donations of $20 and over. Any excess funds raised will be used to create a Stewardship Fund for long term maintenance of this property or to our next Parks Bank initiative. 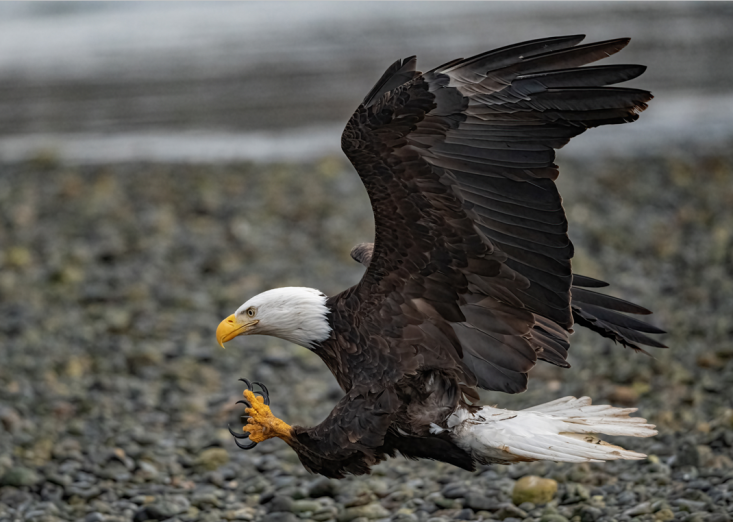 Adopt the pace of nature: her secret is patience.