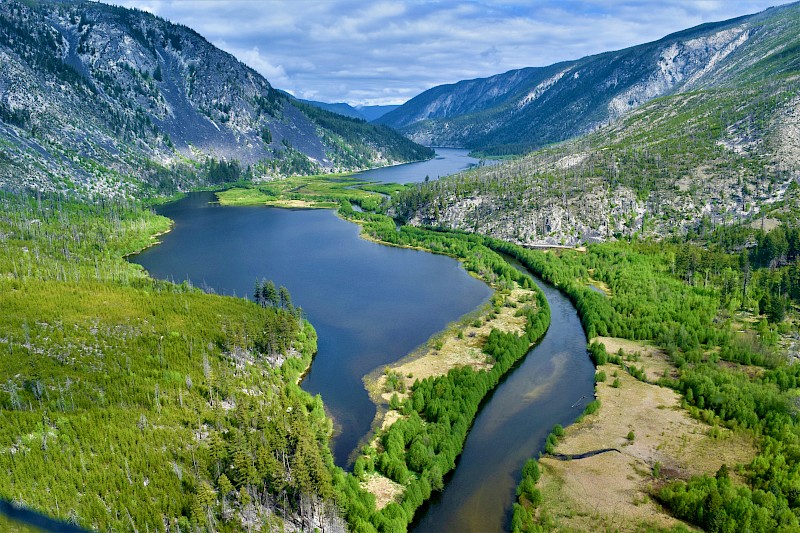 YOU HAVE DONE IT AGAIN!

All the funding for Lonesome Lake has been secured - no further donations are needed for this campaign. Thank you!

The property is world famous because it is the site where trumpeter swans were brought back from the edge of extinction by a pioneer and his family. It is also a critical migration corridor for salmon, grizzly bears, and other wildlife.

Given its history and its range of ecological values in the heart of southern Tweedsmuir Park, our goal is to purchase and permanently protect this property, making it an integral part of this incredible large untouched wilderness area.

We have secured an agreement for Purchase and Sale and have until May 1st, 2021 to secure the funding. If we’re unable to raise the funds to purchase this property, it will be sold privately. 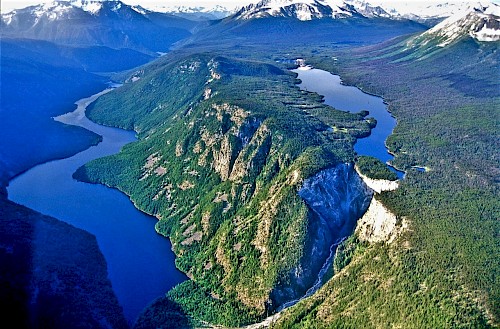 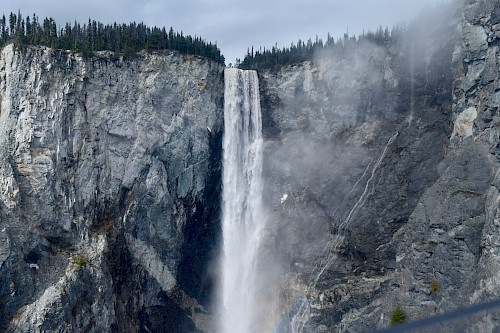 Lonesome Lake is situated 69km southeast of Bella Coola, BC.  It is nestled in the huge Atnarko-Kliniklini trench system, which reaches southwards from the Bella Coola Valley, through the Atnarko River system, onto the Kliniklini Valley - and flanks Mt Waddington – to ultimately reach the head of Knight Inlet. This incredible land formation is so big that it can be seen from space.

Lonesome Lake is below Hunlen Falls, a 260 metre tall waterfall with one of highest unbroken drops in Canada. 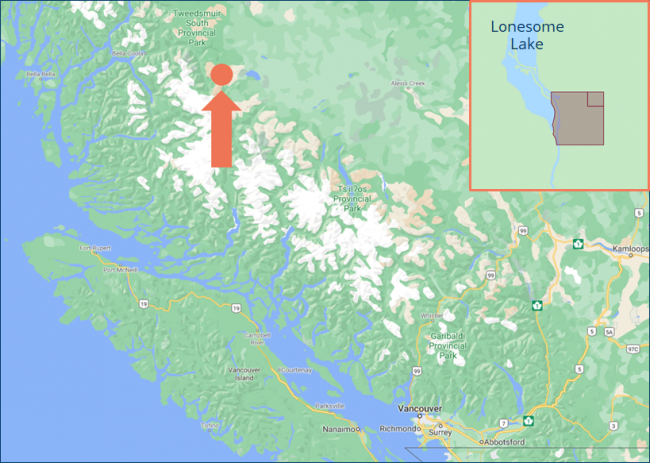 THE CRUSOE OF LONESOME LAKE

In 1913, a young man called Ralph Edwards was granted a 153-acre tract of land on Lonesome Lake as part of a state homesteading program, some 40 miles from the nearest human settlement.

Ralph spent the next decade alone, working the land and building a home, rarely leaving Lonesome Lake. After serving in WWI he returned to Lonesome Lake, married a local girl, and had 3 children. The Edwards family grew famous for their pioneering self-sufficiency and DIY ethic.

Beyond such things as making their own shoes and spinning wool into clothing, accomplishments included a water-powered sawmill and even an electric-generator powered by the river. 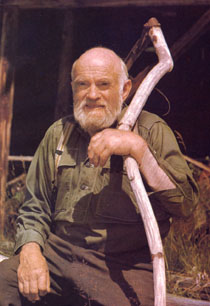 In 1925, the Canadian government enlisted Edwards' help to feed the local population of trumpeter swans during winter. Decades of over-hunting meant this species were facing extinction. Ralph and his family worked tirelessly to ensure that supplementary feed reached the birds and, in the years following, the population grew steadily.

During Elizabeth II’s 1951 tour of Canada, she was promised a Dominion gift of trumpeter swans. The only swans tame enough to capture were those at Lonesome Lake as they had been fed for decades. In 1952, with the help of Ralph and his daughter Trudy, five were captured and flown to England.

As Edwards' farm and family prospered, word of his accomplishments spread, and in 1957 his biography, Crusoe of Lonesome Lake was published. This was shortly followed by an appearance on the Christmas Day edition of This Is Your Life. Ralph passed away in 1977 aged 86 and the property remains in his family.

We enjoy trumpeter swans today because of Lonesome Lake and the Edwards family. Without wild places and people who care, species are at risk of extinction.

In the early 1930s & 40s, trumpeter swans almost went extinct because of excessive hunting in the US and Canada. At one point it was estimated that only about 100 trumpeter swans remained in the world, and about 1/3 of them wintered at Lonesome Lake, feeding in the ice-free areas of the rivers. Thanks to Ralph’s effort the population grew consistently over the years and by the 1960’s it had reached 600.

Due to the legendary and internationally renowned efforts of Ralph Edwards these majestic large white birds were saved from extinction.  For that reason alone, this property is of international conservation significance, especially amongst the North American wildlife community. However, with this property now available for commercial purchase the swans’ future is once again at risk.

We believe protecting this site will enable swans to continue to use their habitat undisturbed. It will also enable globally significant scientific field research into a range of ecological, fish, wildlife, and climate topics. It has supported this type of research related to trumpeter swans in the past. 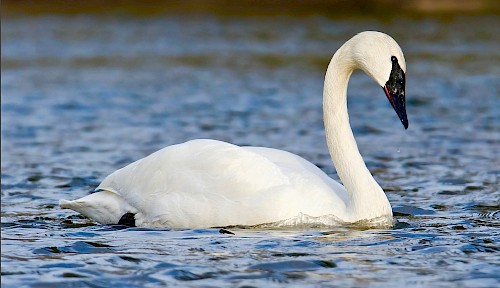 The Atnarko River is the primary tributary of the Bella Coola River. As a result, Lonesome Lake is a major spawning site for world class sockeye salmon and trophy-sized steelhead trout. These fish serve as a food source and attractant for the exceptional grizzly bear populations of the Bella Coola/Atnarko area. 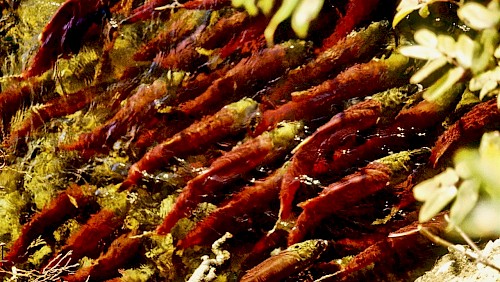 The Atnarko-Kliniklini trench is the primary migration corridor for grizzly bears, moose, and 140 species of migratory birds to penetrate through and traverse British Columbia‘s dramatic southern Coast Mountains, from the interior to the ocean, and back. 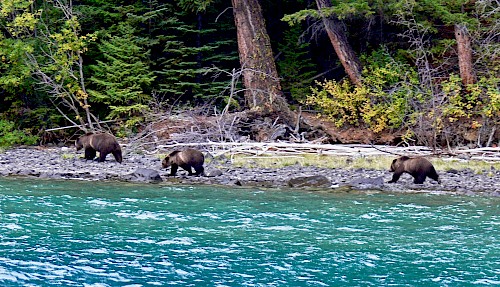 Because the Atnarko-Kliniklini Trench connects through to the Pacific Ocean at Bella Coola (to the northwest), and Knight Inlet to the south, a gradation of lowland forest ecosystems, from wet to dry and then back to wet, occurs along this trench.

Lonesome Lake is situated in the driest portion of this forest gradation. This makes this valley, and the subject private property, of exceptional ecological value. 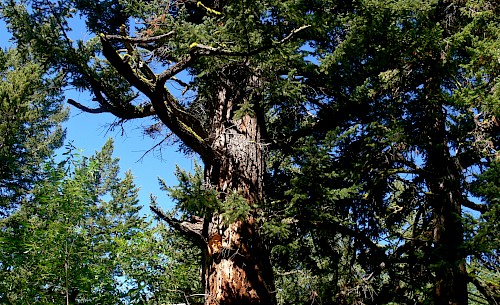 We believe that the world will be inspired by the next chapter in this incredible story. While humans have caused much damage to our environment and other species, we are capable of reviving and protecting them.

Just as Ralph Edwards and his family brought the swans back from the edge of extinction, your involvement in this story can inspire people around the world to bring back local wildlife populations and protect their habitats, forever.